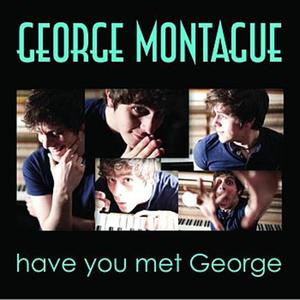 CHELTENHAM Jazz Festival, next month, welcomes local lad George Montague on the back of an impressive 2012 album, ‘have you met George’. Gloucestershire-based Montague is garnering a keen following, thanks to this debut release and his high-energy live shows (including swiftly-increasing thousands of hits on his YouTube channel).

Montague’s strong piano/vocal style might best be described as ‘pop jazz’ or ‘rock jazz funk’, with favourable comparisons readily coming to mind – a ‘Twentysomething’ Jamie Cullum, a ’52nd Street’ Billy Joel, a dash of Ryan Adams and, at times, a ‘Tumbleweed’ Elton John. That said, these eleven self-penned compositions provide the springboard for an individual, dynamic and assured performance throughout. Gritty vocals and high jinks drive the album along, with George’s versatility taking a lead on piano and Rhodes (also a whizz on guitar and even ukulele) – all supported by a solid rhythm section, powerful horns, deft guitar soloing and marvellously tight backing vocal harmonies (the ‘notsobigband’ title belying their apparent, combined energy!).

The playlist twists and turns in style and mood, from the funky guitar grooves and brassy stabs of the opening ‘Blood Ties’, through a similarly up-tempo (almost Madness-tinged) ‘White Cavalry’, to the catchy ‘Hold On’. ‘Waiting Room’ painfully remembers a dear, departed friend, whilst ‘Yellow Shoes’ follows with an appealing, soulful vocal. Billowing profusely is the metal-injected ‘The Smoke’, and ‘Hamish’ relentlessly hammers along in exciting, rapid, Cullumesque jazz fashion before giving way to the more reflective, flugel-interspersed ‘Mind’.

George Montague’s ebullience is infectious on this well-packaged first album which brims with vitality, emotion and, most of all, unrestrained fun! Certainly a feel-good collection which, on 6th May, should have Cheltenham’s Jazz Arena rocking! 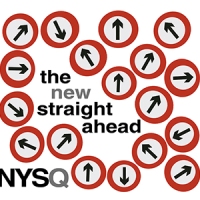