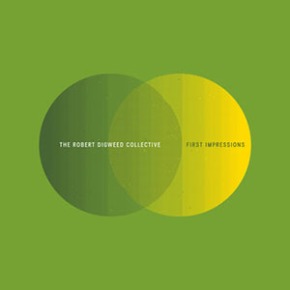 A BRIGHT and promising debut release from this smooth jazz/funk collective, led by alto saxophonist and arranger Robert Digweed, which explores new approaches to (in the main) familiar jazz standards.

Initially formed as a young gigging band around the East Midlands, The Robert Digweed Collective has blossomed in its first few years, through changing line-ups, resulting in event performances across the UK; and now, they have this coming-together for a first album of eight fresh (and sometimes surprising) interpretations of classics including those of John Coltrane, Freddie Hubbard and Miles Davis.

Digweed’s arrangement of Coltrane’s Impressions provides the first glimpse of the Collective’s intent, with its guitar/Rhodes/bass groove. Purists may recoil at the transformation of the raw original into this early-Eighties filmic, strings-backed adaptation (with perhaps a whiff of Duran Duran?!) – but the clean, pacey, horn-led attitude is bold enough to succeed, and raise a smile!

Let There Be Love and Teenage Dream are somewhat removed from this reviewer’s palate, but vocalist Elizabeth Charlesworth brings an innocent charm to these popular numbers; the (I suspect) tongue-in-cheek Katy Perry arrangement almost unrecognisable from the chart hit!

It’s a brave man that faces Herbie Hancock’s Watermelon Man head on – but the e-e-easy groove of Digweed’s arrangement has much to commend it, and it would be interesting to observe how the soloing might push higher and harder in a live context. Finally, All Blues follows the same easy-going path, a long way from Miles Davis’ inimitable trumpet – but then that wholly epitomises the aim of this recording.

Certainly on the lighter, more accessible side of jazz, ‘First Impressions’ showcases the Collective’s output. Go to their website for further information and bookings, and visit Bandcamp to purchase as CD or download (along with zingy, free, remix album options). 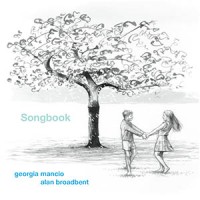