FROM THE DELICATE opening riff of this debut release, singer, songwriter, violinist and pianist Alice Zawadzki has me enraptured. A number of years in gestation, China Lane offers a unique and pleasantly beguiling approach to jazz, folk (call it what you will) which is enduringly irresistible.

Comprised mostly of originals, this collection can be curious, unpredictable and maybe even eccentric – but it is this bold individuality which sets it apart. And, with the immense musicality of friends such as Kit Downes (Hammond), Alex Roth (guitar), Jon Scott (drums) and Andreas Lang (bass) on board, as well as strings and associate voices, this is a magical journey with a breadth that takes in stories of love, tenderness, desolation, discord and mischief. Zawadzki’s assured vocal delivery – heard also in Moss Freed’s excellent Moss Project (album review here) – is, for me, redolent of the invention of Annette Peacock and Björk, with a touch of the light, new-age folkiness of Sally Oldfield – yet it also possesses a rich and passionate depth which particularly comes to the fore in the two arrangements here of traditional Sephardic tunes.

The breathy, brushed, folksy opening number Ring of Fire, featuring Zawadzki’s clear lead vocal and mysterious violin melodies, is the perfect example of the twists and turns to be found in these entertaining fifty minutes. Kit Downes’ distinctive scratchy Hammond gradually nudges further into the proceedings against the sustained wash of Alex Roth’s guitar until, with rapid gear change, Andreas Lang’s double bass signals the glorious blues-jam conclusion, Downes and Roth underpinning Zawadzki’s playful scat-like vocal improvisations which, in the end, seemingly catch them out (to their audible amusement!). Cat is described by the composer as a modern fairytale in which “the ghost of a murdered feline finds its way into the body of a woman with excellent consequences”, the laboured push-pull rhythm provided by Jon Scott and sinewy effects from Downes and Roth – plus close, soulful harmonies – adding to the fantasy. Again, the mercurial nature of Zawadzki’s writing triumphs, Downes turning in a characteristically showy solo.

The urbanity of Manchester, including the buses which pass behind the stage of Matt & Phred’s jazz club, provide the subtle background ambience for the closing title track which reflects Zawadzki’s affection for and association with this northern city. Singing at the piano, accompanied by string sextet, she nostalgically paints images of the red sunset-tinged brick buildings of narrow China Lane in the album’s most commercially anthemic number.

As enchanting to experience ‘live’ as in this fine recording, Alice Zawadzki is most definitely one of contemporary’s jazz’s stars of the present and the future, possessing, as she does, remarkable musical dexterity and personality. A fine solo album debut.

Released on Whirlwind on 16 June 2014, further information and purchasing can be found here. 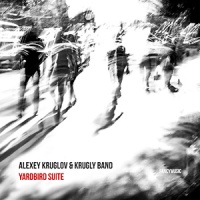 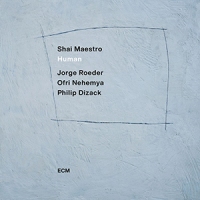