THE INTIMACY and openness of the vocal and piano duo concept requires creative focus, confidence and, above all, a deeply shared empathy with the music in order for it to succeed – no hiding place, yet a fascinatingly laid-bare opportunity to express, shape and personalise the nuances of well-crafted song.

Capturing that essence is a new collaboration between Dutch singer Edith van den Heuvel and British pianist Frank Harrison which sees them exploring and interpreting both familiar and lesser-known gems from the repertoire, recording a moment in time (across a couple of days in the studio) in an album which glistens with warmth and emotional sincerity. The vocal range and clear English annunciation of van den Heuvel are impressive, frequently with an appealing ‘woody’ timbre (not unlike June Tabor), and certainly well matched to Harrison’s highly-regarded pianistic sensitivity as he produces typically lush, complex and sometimes left-field chordal constructions. Indeed, rather than ‘singer with accompaniment’, this project is very much a mutual partnership.

Ushering-in the album’s predominant atmospheres, yearning opener Answer Me, My Love finds van den Heuvel reaching out with a considerable depth of expression, the lyrical pain in this 1950s number reflected beautifully by Harrison’s limpid, tenuto piano. The familiar, modulating animation of Duke Ellington standard Caravan takes on a different guise in an inventive, elaborate piano arrangement over which Edith’s voice resonates strongly and deeply, as well as displaying attractive inflections; and the popular Mandel/Mercer tune Emily (also recorded this year on Frank’s trio album Lunaris) waltzes to soft, innocent vocal and equally elegant piano which recalls its favour with Bill Evans.

Arguably the most haunting of Michel Legrand’s melodies, The Summer Knows – introduced here by Harrison’s subtle, solo extemporisations on its theme – is carried superbly by van den Heuvel, portraying it’s fragile major/minor melancholy so affectingly; in contrast, there’s an earnestness to the Kaper/Webster tune Invitation (from the ’50s movie of the same name), a particularly fine melding of piano and voice; and delicately full of longing, In The Wee Small Hours Of The Morning magically suspends time.

Poignant in a year that jazz felt the loss of the great Kenny Wheeler, the characteristically modest, placid air of resignation in his ‘hit’ Everbody’s Song But My Own (words by Norma Winstone) is affectionally and lucidly conveyed. Cheerfully swinging Lucky To Be Me, from Leonard Bernstein’s On The Town, showcases Harrison’s ear for assured-though-engaging improvisation as van den Heuvel relaxes into its blithe demeanour; and finally, Joni Mitchell’s Both Sides Now is precise in its homage to one of Canada’s most revered songwriters, and affirms the enchantment of this particular musical twosome.

Launching on 13 December 2014 (in concert at Salle Robert Krieps, Abbaye de Neumünster, Luxembourg), Beneath the Blue can be purchased here as a CD, at CDBaby (CD/download) and from iTunes (download), or from other online retailers.

To reflect both cover art and title (from Caravan), the sleeve touchingly quotes the following stanza from Shakespeare (as did another champion of song, Ralph Vaughan Williams, in his Serenade to Music) which befits this fine, recommended recording:

How sweet the moonlight sleeps upon this bank!
Here we will sit and let the sounds of music
Creep in our ears; soft stillness and the night
Become the touches of sweet harmony. 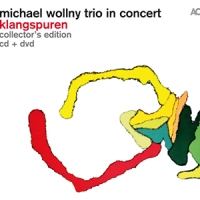