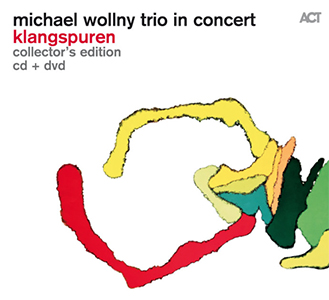 Described by ACT Music founder Siggi Loch as a long-standing “creative pillar” of the label (especially in the wake of the tragic, untimely death of Esbjörn Svensson), Michael Wollny has steadily grown in stature as a particularly intelligent musician. The extraordinary breadth of his original Weltentraum album, for example, was cleverly themed around the words or music of song/’lied’; and his pianistic approach is equally diverse, balancing heavy, tumultuous attack with dark, nocturnal serenity and suspension. Taking material chiefly from the Weltentraum and Nachtfahrten studio albums of 2014 and 2015 respectively – and with DVD footage capturing the kind of verve found in 2014’s Weltentraum Live CD – Wollny and his colleagues Christian Weber (bass) and Eric Schaefer (drums) deliver typically seductive atmospheres which are a joy to be drawn into.

As well as an accomplished composer, Wollny is historically a master arranger – and opening this recorded Hamburg set on CD, he elevates Angelo Badalamenti’s Questions in a World of Blue (from Twin Peaks, originally sung by Julee Cruise) into achingly measured, Bachian loftiness, complemented by Schaefer’s re-working of Guillaume de Machaut’s 14thC motet De Desconfort before the trio unfurl their percussive wings in his own Motette No.1 – and any similarities between Wollny and Svensson in those velocitious, high-end piano improvisations are both exciting and strangely comforting, as if the baton has been naturally passed down. But here is a contemporary jazz beacon with his own, strong pianistic and compositional identity, the melodic pop-catchiness of his When the Sleeper Wakes erupting magnificently to the trio’s combined clamour, double-time snaps and often unpredictable progression.

Rising out of a lugubrious, solidly-beaten death march, Nachtfahrten‘s sustained, intensifying weightiness can be quite affecting, eventually suggesting arrival at the brilliance of a morning sunrise; Schaefer’s Arséne Somnambule perpetuates the nocturnal theme, its panicky central perambulations imagining a sleepwalk to quickly erase from memory; and the vibrant interplay in such storytelling remains consistently engaging. White Moon (from the pen of one of the pianist’s early teachers, Chris Beier) is appropriately delicate as it shimmers to internal strings and muted percussion/bass, whilst Wollny’s arrangement of Alban Berg’s Nacht – with pleasing, jarring motifs which are instantly recognisable from the Weltentraum releases – is thrillingly executed by this thunderous, three-piece wall of sound; and the restrained beauty of seven-minute original, Der Wanderer – with a Mussorgsky-like solidity in places – might dispel any traditional preconception of the jazz piano trio format (a composition to lose oneself in).

The accompanying live DVD opens a window on the detail and passion of Wollny and his trio. Multi-angled, and allowing an intimate, over-the-shoulder view of Wollny’s technique, it also highlights the trio’s rapport. At the ferocious peak of numbers such as Phlegma Fighter and When the Sleeper Wakes, the pianist’s artistic bravura is mesmerising to witness, his most extreme flamboyance sometimes sacrificing accuracy for dynamic effect (wonderful to see); yet, the contrasting limpidity of Lasse! and delightful Little People, with the satisfaction of scrutinising all three instrumentalists’ individual subtleties, is just as rewarding.

Klangspuren is available from ACT Music – and ‘limited’ edition may well be pretty accurate. So don’t miss this feast for ears and eyes. 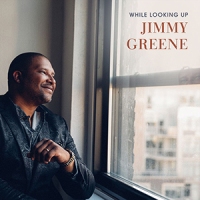 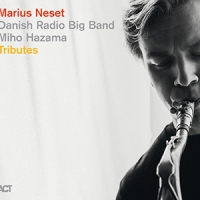 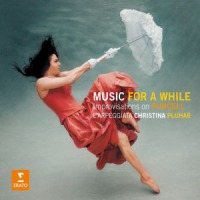 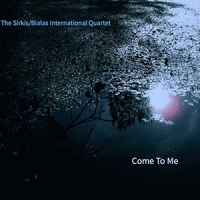