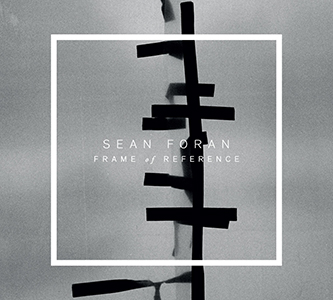 HIS FIRST ALBUM as leader, Australian pianist/composer Sean Foran’s Frame of Reference has already called me back time and time again to become immersed in its textural beauty.

In essence, that’s what the attraction is, and also what seems to have been in Foran’s mind as he explored the potential of this project. Known for his part in established piano trio Trichotomy, he envisaged chamber jazz to which artists he had long admired would bring their own character; and the specific instrumental line-up he imagined, creating its flow so evidently here, comprises guitarist Stuart McCallum, saxophonist Julian Arguelles, cellist Ben Davis and drummer Joost Hendrickx. Notably, the quintet first convened in the studio for the actual recording session – perhaps the key to the spontaneity of these eight absorbing tracks.

Foran’s fluvial pianism informs his music throughout, so that it either teems with sit-up-and-listen vitality or sparkles with rivulets of broken-chord elegance; yet it never brashly showboats, therefore allowing his colleagues the freedom to break out of the scored passages. Opening track Room with a View is many-hued, as if painting ever-changing climatic conditions’ effects across a lake. Here, piano ostinati are flecked with subtle electronics or vibraphone-like Rhodes embellishments and Arguelles’ strong alto melodies glide over rhythmically propulsive percussion. Foran’s ability to markedly change his colour palette is particularly attractive, Une Fille‘s full-band buoyancy eddying quietly into legato piano interludes, with McCallum’s mobility across the frets sounding remarkably sitar-like; and Ben Davis’ diverse cello voicings, displayed well in title track Frame of Reference, provide a refreshing change of timbre to more usual double bass.

Blue-sky Dare to Dream treads a delightfully simple groove, but it’s how Foran manages its instrumental light and shade which impresses so much; like a master distiller, he draws together the various streams to create musical nectar. Arguelles’ soprano eases out over the limpid, chamber feel of A Fine Balance before the piece’s invigorating, downward glissade, whilst Quiet Times‘ eventual, not-so-placid arrival finds McCallum’s guitar in a particularly fine improvisational swirl. Mish Mash alternates between folksy, new-age delicacy and Joost Hendrickx’s snappy, complex rhythms, and The Sum Of‘s closing, spacial chill-out is, at times, redolent of early Mike Oldfield (maybe that’s the gorgeously open guitar tone over Foran’s transcendental blend).

As with so much original jazz, don’t let this album rumble on in the background; it’s the compositional attention to detail and varietally improvised nuances which create the magnetism, along with a distinct air of equilibrium. 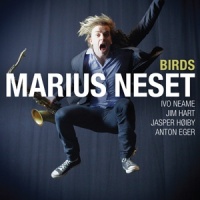