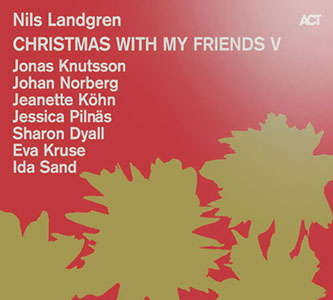 IT’S NOW TEN YEARS since Swedish trombonist and vocalist Nils Landgren released the first in a series of albums which have imparted joy and peace in the run-up to and throughout Christmas. The successful recordings (and concerts) have consistently drawn together new interpretations of familiar carols and songs with classical arrangements and lesser-known gems, all presented by vocalists and instrumentalists from the ACT Music roster. And following on from 2015’s offering comes Christmas With My Friends V.

Landgren and his musicians researched and made their selections together; and, befittingly, they recorded during the week leading up to last Christmas Day – so this festive feel-good is delivered with an extra air of authenticity. Here, exuberant ‘lollipops’ rub shoulders with soft ballads, original compositions and peaceful, crisp, starlit tradition; and somehow, the whole is so lovingly crafted that it creates a sweet, homely and lasting impression.

Multi-tracked trombone ‘solo ensemble’ Morgenstern and Morgenlicht (recognisable as Epiphany carol How brightly beams the morning star, with harmony by J S Bach) heralds the proceedings to wide-skied, echoing valleys; and Landgren’s tender vocal in Eva Kruse’s Let the Stars Come Out Tonight is sparingly supported by folksy guitar and tenor sax. Familiar hymns and carols such as Joy to the World and Go Tell It on the Mountain are refashioned, the latter in growling, muted trombone gospel (Ida Sand the vocalist), and Hogmanay staple Auld Lang Syne‘s fireside coziness is sensitively weighted.

Baby It’s Cold Outside and Everyday is Christmas pick up the affable, swingin’ holiday vibe; the usual whipcracking orchestration of Leroy Anderson’s Sleigh Ride is replaced with a delectable guitar-and-horn-accompanied soft-jazz jaunt featuring the voice of Jessica Pilnäs. Ida Sand presents her emotive Now the Time is Here with delicacy, enhanced by Eva Kruse’s empathetic bass soloing; and inflected, soulful Love is Born is delivered emphatically by Sharon Dyall’s colourful vocal to a slick and eager instrumental arrangement complete with bluesy sax break.

The tingle factor in these recordings so often comes from a sense of stillness. There Is No Rose‘s medieval strains are carried on the late-evening air by Jeanette Köhn’s crystalline annunciation; the clear, midnight-sky trombone melodies of Johan Norberg’s Seven Stains from Christmas Eve are reminiscent of Landgren’s duo album collaborations with pianist Esbjörn Svensson (Swedish Folk Modern and Layers of Light); and Norberg’s intricate kantele timbres are threaded through such fine delicacies as O Heiland, Reiß Die Himmel Auf and his own gossamer solo Kokles Christmas.

Amongst our regular, seasonal fare of choral, orchestral and pop favourites, Landgren’s concept remains a welcome breath of alternative, chilled enjoyment. A number of these eighteen tracks could be tagged #schmalzy, and there’s certainly variety in arrangements. As with all four previous albums, V possesses a special something – including more, rather attractive European folk-tinged discoveries – all presented with warmth and sincerity by accomplished musicians. A charming gift with which to scent the air during the Advent and Christmas seasons.

Christmas With My Friends V can be found at ACT Music, iTunes and other outlets (promo video here). The complete 5CD box set, The Jubilee Collection, is also available. 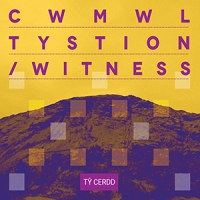