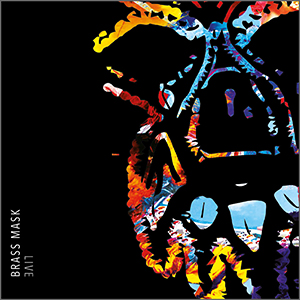 OUTRAGEOUS… cacophonous… majestic… and totally absorbing! Bandleader and Loop Collective saxophonist Tom Challenger brings the natural, live-stage experience of this nine-piece ensemble out from under the spotlights and into our hands.

Tom Challenger’s inspiration for this project stems from various online bootlegs which feature, for example, the raw energy of John Coltrane, Mardi Gras Indians and Haitian Rara bands. But this is a live album with an edge, as he and Alex Bonney sensitively link and support the recorded gig (from the capital’s Servant Jazz Quarters) with imaginatively-crafted electronics, as well as ‘field recordings’ of “mangled YouTube and iPhone samples of found sound”. And it’s a blast!

The bleating, effected horns of Francilia herald Shallow Water – a slow, stirring, processional funeral march which trudges to wailing tenors and trumpets (quite different from the dance-groove original); Lil’ Liza Jane‘s infectious, shuffling trad playfulness echoes to almost sneery horn riffs amidst the most vociferous tuba, organ and percussion; and trancelike The Bague is just as cunningly shambolic. Held-back gospel tune Indian Red feels made for such a live setting, preening itself with hard-blown brass before breaking into swingin’ double-time abandon, whilst the grungy, rasping blues of I Thank You Jesus, underpinned by Nicholls’ sustained, palpitating keys and Theon Cross’s wildly whooping tuba, demands to be heard over and over.

A splendid, visceral hullabaloo. Turn up the volume and immerse yourself in it. Released on 21 April 2017, Brass Mask’s Live is available as CD or digital album from Bandcamp. 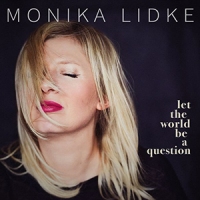 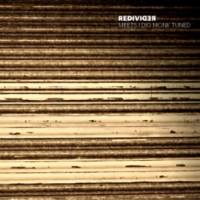 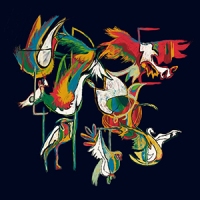