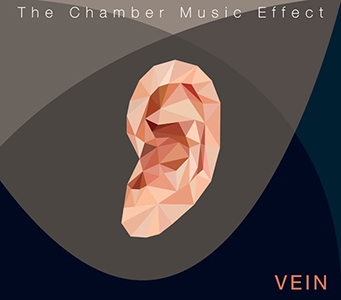 GIVEN THE proliferation of jazz piano trios out there, there’s something remarkably open and inviting about Vein’s ‘chamber music effect’.

Pianist Michael Arbenz, drummer Florian Arbenz and bassist Thomas Lähns have been around a while – after just over a decade together, this is the Swiss trio’s tenth album; and with a cover lobe reminiscent of Manfred Mann’s ‘The Roaring Silence’, The Chamber Music Effect is very much about audible space – ‘the gaps in-between’ – as well as the sheer, percussive dynamism of their performance. The album title and ethos stem from their classical training, as well as the freedom of interpretation to be found in chamber works, which reflects the band’s philosophy: “interplay and the greatest possible equality for all members”.

Comparisons might well include The Bad Plus and Get the Blessing – it’s that kind of edgy, purposeful and unpredictable approach. But the enduring wonder of this stripped-down, no-hiding-place format is that each has its own identity – and Vein are no exception.

The writing of eight original compositions, across 48 minutes, is mainly provided by each of the Arbenz twins – and it’s a tour de force, both technically and emotionally. Boarding the Beat‘s impetuous groove is characterised by the falling-semitone figure of Thomas Lähns’ double bass (shades of Dan Berglund), the crashing, rapid-fire piano of Michael Arbenz, and Florian Arbenz’s fizzing percussion – straightaway, the democratic method is evident. Prelude suggests a subtle, searching air of ‘Bouncing with Bud’, its intimate swing buoyed throughout by pliant bass; and Poème de Nuit‘s slow, nighttime wanderings, delicately illuminated with chimes, offers a beguiling calm.

Who knows whether Michael Arbenz’s attractive piano in this video of snappy closer, Ballet of the Monkeys, is simply a piece of ‘steam punk’ theatre or the real deal – but it provides a great snapshot of this band’s bracing energy.

Released on 21 April 2017, The Chamber Music Effect is available from Amazon, iTunes, etc.

One thought on “‘The Chamber Music Effect’ – Vein”

Albums are periodically selected and recommended here at AP Reviews or LondonJazz News (see the T&Cs, above, for full details). 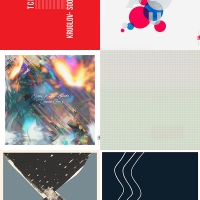 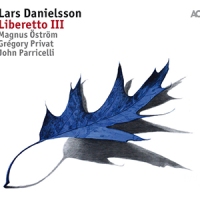 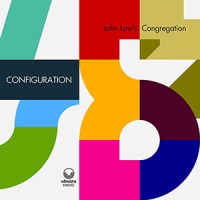 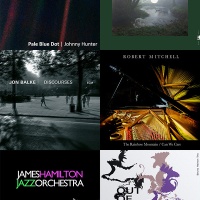