MARKING his debut release on the Whirlwind label, guitarist Ant Law’s second album Zero Sum World assembles something of a British contemporary jazz dream team to realise the frequently freewheeling adventure of his own eleven compositions.

For the last fifteen years, Law has practised perfect fourth guitar tuning – symettrising string intervals by simply nudging up the top two by a semitone. As well as creating instrumental logic and order (Law is also an accomplished pianist), it also provides the opportunity to more readily develop and extrapolate ideas across the entirety of the fretboard, as well as offering subtle harmonic variation. Equal to this album’s creative challenge are Mike Chillingworth (reeds), Ivo Neame (piano), Tom Farmer (bass) and James Maddren (drums), Neame being the only line-up change from 2013 release ‘Entanglement’.

As both composer and instrumentalist, Ant Law takes an inquiring approach to his music – not unexpected, given his higher education in Physics (Google ‘zero-sum game’ for a clue to the album title) – which is evident as each of these extended numbers unfolds; and it’s this broadness which coaxes the listener in to discover more of its beauty (definitely not a lite gallop through standards or radio-friendly ‘choons’).

So, a sense of evolution is illustrated in the title track as it widens from Chillingworth’s solo sax line into overlapping chordal atmospheres created by Law and Neame; and, against the intensifying bass and drums urgency of Farmer and Maddren, guitar and sax share unison lines as well as developing their own improvisations. Law is showcased more prominently in Waltz, its memorable riff encouraging his deft guitar colorisations as well as characteristic piano invention from Ivo Neame (a thrill to hear in any line-up); and Mishra Jathi is an early highlight, delivering a seven-beat bass/piano/drum propulsion (reminiscent of Kairos 4tet) with an effective amalgam of instrumental textures and solos.

The initial dreaminess of Asymptotes gives way to a perky descending bass motif which sparkles especially to Ivo Neame’s lithe piano against Law’s guitar washes, whilst Parallel People‘s buoyancy is infectious, Chillingworth’s alto chromatically dancing around the band’s impressive maelstrom. In Triviophobia, the mellow-yet-sprightly tone of Ant Law’s guitar (with echoes of Wes Montgomery) swings out to Farmer/Maddren assuredness, as does the polyrhythmic quirkiness of Leafcutter and the shadowy nursery rhyme-like Symbiosis with its wonderfully twisted agility and the woody sonority of Chillingworth’s bass clarinet.

At nine minutes’ duration, statuesque Monument is dedicated to American guitarist Ben Monder, it’s underlying prog predilection pointing to the likes of early Genesis, plus mischievously free improvisation and jazz phrases reminiscent of Kit Downes’ solo releases (perhaps that’s the woodwind). The closing Blues is characterised by effective cantabile double bass and guitar, as well as Neame’s mastery at the piano – all topped off with a tantalising BB King-style fade-out!

Ant Law’s ‘magic eye’ artistry here (my description of the enlightened, three-dimensional experience to be found when delving deeper) is greatly rewarding to hear again and again. Indeed, a recent disparaging, left-field commentary on this album, having caused consternation but mostly hilarity amongst the jazz fraternity, indicates that it’s worth developing the listening skills to fully appreciate this quintet’s rich musicality! 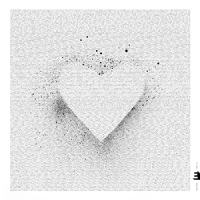