BIRMINGHAM-BASED pianist David Ferris has already added his considerable skills to a number of recordings emanating from the West Midlands jazz scene including Tom Syson’s Green, Ben Lee Quintet’s In the Tree (also appearing on Live at the Spotted Dog), plus Tom Haines & The Birmingham Jazz Orchestra’s Live.

A 2015 jazz graduate of Birmingham Conservatoire, Ferris benefited from the tutelage of Dave Holland, Hans Koller, Jeff Ballard (amongst many others), and summer schools also brought him into contact with established artists such as Mark Lockheart, Nikki Iles and Martin Speake.

The pianist references ‘song’ – from jazz standards through Rodgers & Hammerstein to The Beatles – as a particular source of inspiration in his writing, alongside the Art Blakey golden years; and his ability to meld melodies with existing poetry, as well as encourage individual instrumental creativity, is central to the overarching vibe. It’s a buoyant affair, teeming with fluctuating moods, lush harmonic episodes and zesty solos.

Heralded by close-knit horns, Chorale unpacks its hymnal foundation with rhythmic purpose and contrapuntal fervour, building to a grand groove; and the album’s only other purely instrumental number, Fred (acknowledging one of the composer’s heroes, Fred Hersch), joyously rolls to its memorable main ensemble riff and bright, open piano. The words of Ted Hughes’ Crow Hill are fashioned sublimely by Ferris (almost redolent of Michel Legrand’s The Summer Knows), Maria Väli’s vocal clarity supported by contrasting light-and-shade textures and Chris Young’s lyrical alto soloing; whilst in W B Yeats’ The Hawk, Richard Foote’s free trombone invention is married to Väli’s cascading phrases to create swirling, brooding atmospheres. Seamus Heaney’s work is twice represented: his eight-line poem, Song, becomes elegantly flecked with a lyricism reminiscent of Kenny Wheeler’s Mirrors suite; and Alphabets – a picturesque text on a child’s introduction to and love of the written word – takes a nursery-rhyme/folksong-like motif and develops it into a flowing, glowing jazz poem of beauty. To close, W H Auden’s The Willow-Wren and the Stare is treated to a lively, snare-rattling hoedown (with hints of “boop-boop dit-tem-dat-tem what-tem chu”!).

At this early stage in his career, David Ferris’ writing and playing already suggest maturity and imagination, with an interpretive assuredness which could find him a strong niche in contemporary jazz, theatre, etc.

Originally released in February 2018, with support from Help Musicians UK, the album is available as CD only (harking back to the exciting discovery experiences of pre-digital days) from the website of David Ferris.

Alphabets is very much worth hearing. 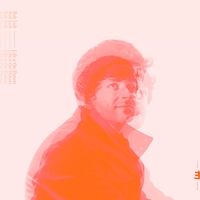 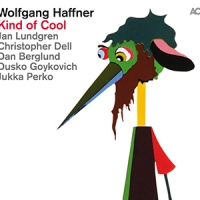