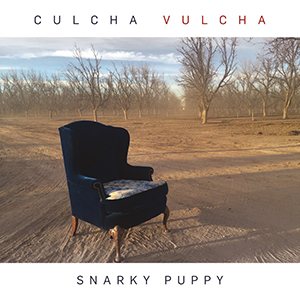 THE PHENOMENON known as Snarky Puppy is a grooving ‘must see’ if they’re in town!

Over the past few years, the infectious exuberance of this Brooklyn-based collective has spread out over the globe. Led by charismatic electric bassist Michael League, their seemingly inexhaustible energy has found them performing across six continents, wowing audiences from Bremen to Buenos Aires, from Manchester to Mumbai; and the sense of ‘community’ in their musical outlook has spawned residency programmes as well as many musical collaborations (most recently their second Family Dinner album featuring the likes of David Crosby, Laura Mvula and Jacob Collier).

For eleventh release Culcha Vulcha, the guys (not a snarky character amongst them!) relocated to a remote Texan pecan orchard – Sonic Ranch Studios – to record their first pure studio album in eight years. As a live band, League and colleagues fill their demographically wide audiences with an inescapable feel-good – a combination of astonishing, eclectic artistry and elated self-bemusement at the energy and new ideas they forge together on stage; but it’s also exciting to discover the sounds they carefully craft whilst spending a week in each others’ pockets. The result – well, possibly their best recorded account yet.

The personnel and instrumentation listed below only begin to indicate the heady, groove-laden ‘riffage’ that makes up this hour-plus, nine-track celebration. Often possessing an anthemic quality, the Snarkys’ memorable performances here begin to activate a ‘fave’ rush – that intro recognition which settles you in for a good time, as in the lurching groove of opener Tarova. Twang-tight horns and multifarious percussion are frequently in evidence, but its also the varied palette of pitch-bent synth improv, along with flamboyant guitar lines and League’s inherent bass impetus, which make up this potent brew.

Semente‘s Brazilian vibrancy is coloured by Chris Bullock’s peppy flute melodies and zazzy repinique triplet clattering; Grown Folks has a grungy big band urgency, full of bold horn and guitar phrases; and Gemini‘s cool, sidewalk demeanour, with mellotron and bottleneck guitar, is one of the classiest grooves heard for some time. Electronics, slow-attack synth and alto flute in Beep Box change the pace with retro space-age charm, and sophisticated clav/moog bass-driven Gø, with so many individual instrumental highlights (at times, even redolent of Level 42 at their mid-80s live best), is a first-listen standout which has cemented itself as a ‘go-to’ to lift the spirits.

This album has been spinning around for a few weeks now, yet never needs a second invitation to enjoy another complete, loud play-through. Keep on doing what you’re doing, boys!

Released on 29 April 2016, Culcha Vulcha is available from the GroundUP Music website and all good retailers. 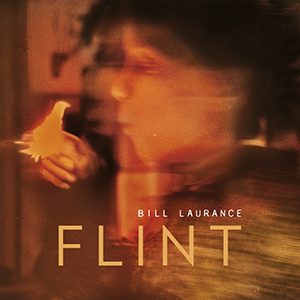 OVER THE LAST DECADE, thunderous New York jazz-funk fusionists Snarky Puppy have garnered a solid international fan base with their intoxicating live shows, as well as a successful catalogue of albums. At the heart of this creative powerhouse is English pianist/keyboardist Bill Laurance, who now presents his own sparkling debut release, along with a UK and Netherlands tour.

Described by Laurance as the album he’s been searching for since he started making music, Flint is a collaboration with two close friends – Snarky stalwarts Michael League (basses, guitars) and Robert ‘Sput’ Searight’ (drums, percussion) – as well as a host of string and horn players. Together, they realise a magnificent compositional spectrum, often on an orchestral/filmic scale as well as anticipated jazz-funk grooving, with Laurance commanding at the grand piano and Fender Rhodes. And, although the majority of the ten through-composed pieces are solely from the leader’s pen (along with League’s considerable input as arranger), the communal sense of striving for both musical exactitude and improvisation is palpable… and exciting.

Setting the tone are the complex urban drum patterns of opener Never-Ending City, with gutsy five-string bass, keys ostinati, cityscape strings and Laurance’s cool piano extemporisations. Janáček/Copland-style brass announces Money in the Desert, a brooding, quietly-pulsating episode which can’t help but break out into moog-driven funk with accented strings, and League’s popping electric guitar lead (blame it on the boogie!). Title track Flint (named after the inspirational effect on Laurance of a Snarky Puppy gig in Flint, Michigan) is more akin to soundtrack, dipping in and out of marching band mode and expansive Philip Glass-like pianistic/orchestral vistas, underpinned by Sput’s metronomic pulse. And all the while, the arrangements feel organically whole.

Smooth jazz Swag Times features quite breathtaking drum razzle-dazzle from Searight against an irresistible Rhodes/synth/vocoder wash – and again, brass and strings widen the landscape (such beautiful execution from string players who completed their entire recording requirement within a day!). The Good Things pares down the line-up to piano, bass and drums, Laurence leading in mysterious, echoic grandeur, plus impressive fuzz bass from League; and baroque-inflected Chia, with its gorgeously mercurial piano and double bass, invites the rapid gypsy fiddle of Zach Brock and portamento string backing to ramp up the tempo and augmented orchestration – in a word, delightful. Whimsical and grungy ska tune Smokers Castle jerks and clatters around Laurance’s detuned piano and a wonderfully brash New Orleans-style brass section; and Gold Coast features the fluid flugelhorn of Mike Maher (also of Snarky Puppy) in an orchestrally opulent, shining affair.

At ten minutes in length, penultimate track Ready Wednesday is a sure highlight, Searight’s fast Latinesque tempo showcasing Laurance’s exacting, rhythmic piano style; and the broad orchestral sweep – even in its later, slower section – has ‘movie soundtrack’ written all over it. As closing titles roll, classical piano end-piece Audrey, with delicate strings and flugel, melancholily waltzes to its rest.

As part of the package (on a second disc), a 47-minute DVD documentary – made by Andy Laviolette – provides a fascinating insight into the making of Flint, revealing the musicians’ passion for their art, as well as various triumphs over adversity along the way (including the sudden non-availability of their pre-booked studio, twelve few hours before recording sessions were due to begin!). Videos of all tracks are also included.

Released on 14 July 2014, this is an ambitious and absorbing project – not least for the Snarky Puppy faithful – which promises much in its translation to a live setting (see below for October 2014 tour dates, samples and purchasing). Check it out! 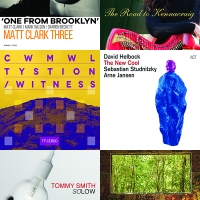 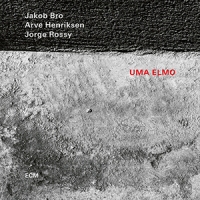 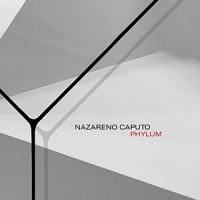 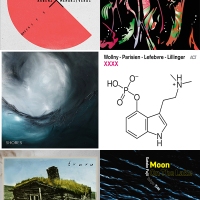