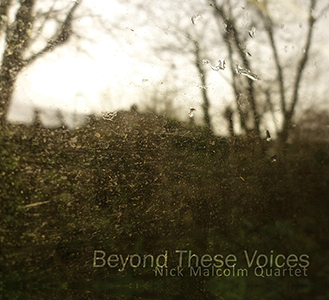 BRIMMING with intelligent and zesty exploration, this second release from the Nick Malcolm Quartet (plus guest Corey Mwamba) charts a truly absorbing path ‘twixt the written and the free, between rhythmic intensity and spacial tranquillity, sparking and igniting the deep creativity of the varied individual characters within a remarkable jazz blend.

Trumpeter and composer Nick Malcolm clearly has an eclectic musical persona, as well as a multi-faceted style, often found belting out riffs (along with drummer Mark Whitlam, also of this quartet) between the dusky, enigmatic vocals of Emily Wright’s song-based Moonlight Saving Time. Put into this particular mix experimental jazz pianist Alexander Hawkins (whose solo and ensemble album releases created ripples of excitement earlier this year) plus the inspired, improvisatory bass playing of Olie Brice… and the result is a sophisticated quartet/quintet team capable of a satisfyingly original collaborative output. Beyond These Voices follows the band’s 2012 début, Glimmers, and explores, intentionally and quite beautifully, an equal appreciation of sound and silence (which Malcolm describes as “the essential paradox of music”).

Take, for example, Grimes, an eight-minute improvisation which opens with brash and brassy intent, Malcolm bouncing off Whitlam’s wide-open drums before the steadying undercurrent of Hawkins’ lush, deep chords and Brice’s bass enter, only to develop more strongly. The contrast between the two forms is marked, yet the whole combined concept is realised perfectly. And then the ‘silence’ – the most limpid and emotionally-charged high piano extemporisation, with space taking equal importance, plus an affirming, sustained bass. There’s Lead In Their Pencils is great fun – a kind of dissonant Ellington boogie in which Malcolm blasts and neighs his way through the pulsating, rhythmic chaos, Corey Mwamba’s sparky, hard vibes adding vivid colour.

Views takes a gentler back seat, although this is no straight-laced ballad. Malcolm’s tone is lazily mellow, peppered with the occasional flutter, and the precise vibraphone playing of Mwamba is a joy. The shuffling momentum of A Very Blusterous Day, upheld magnificently by Whitlam and Brice, offers a broad canvas for the written and improvised thoughts of Malcolm and Hawkins, with Mwamba offering again his distinctive approach to vibes, eddying and gyrating (like a supercharged Pierre Moerlen) to the shimmerings of Hawkins’ piano – and an orchestral, Brittenesque trumpet flourish to close. It’s Alright, We’re Going to the Zoo is a cheeky, smouldering, fizzing affair, Malcolm improvising freely and brightly against Brice’s bass bounce; Sidereal (the album opener) develops and opens out to display more of that spontaneous quartet interaction, whilst the the two free improvisations that punctuate the programme further reveal their insightful and creative abilities.

To close, something quite affecting… Where, Beyond These Voices, There is Peace. Prompted by Alexander Hawkins’ quiet then increasingly anguished piano chords, the trumpet of Nick Malcolm chatters and squawks to the bowed scratchings of Brice and tempered percussion of Whitlam. And, for a final magical minute, Hawkins almost completely suspends animation with characteristic piano weightlessness.

If you’re searching for new experiences, and the fascination of free-yet-accessible improvisation, Beyond These Voices demonstrates the heights that British jazz is currently achieving – and this is certainly a ‘grower’ of an album. Most impressive. 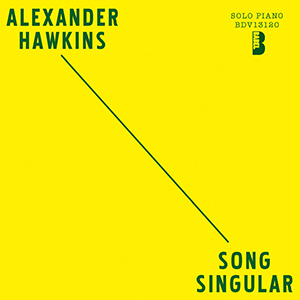 IMMEDIATELY DRAWN to a familiar title, Take The A Train, I discover an intriguingly brash, agitated and break-neck solo piano interpretation of the Ellington (Strayhorn) classic which imaginatively and impressionistically evokes the raw steam energy and bustle of an era long since gone. It’s a device which immediately grabs the listener’s attention and offers an irresistible invitation to investigate further. 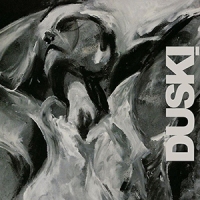 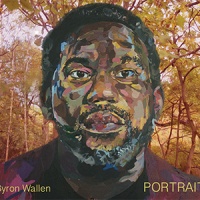 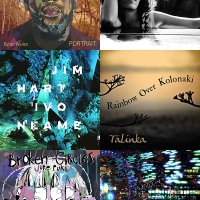